This blog post is to walk through the Lab exercise from "malware-traffic-analysis.net" posted on Aug 2016 - "2016-08-08 - LOCKY MALSPAM".  And the focus is mainly on using Splunk as a SIEM tool to detect . Wireshark and Suricata are also used to further understand the pattern

Navigate to the suricata folder  and run the following command.

Once the traffic is loaded in Splunk.

First, search for rare/uncommon http.hostname and then, also to understand the flow of events by unique host. In this instance, I have removed the known good traffic like google, facebook and twitter.  Its better to have a lookup file with known good http.hostname. (removing the noise). The highlighted traffic requires further triage.


At this point, I know there is some odd looking traffic that requires further investigation.

Image is the evidence screenshots taken during the triage

Table showing the files downloaded during the traffic.

At this point, i would check the actual pcap files for further information and collect further evidence to understand the impact.

Above image shows the list of http requests made 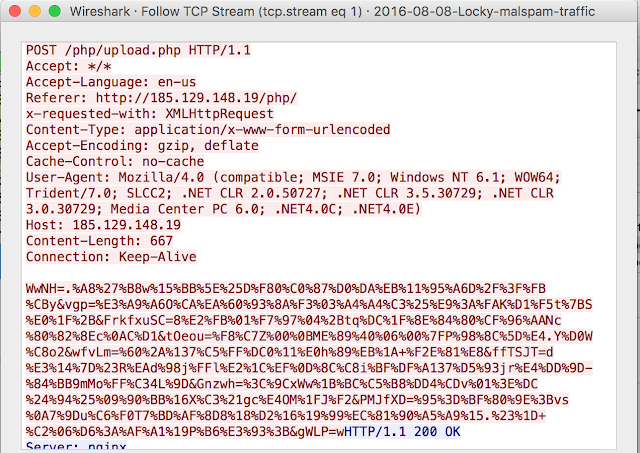 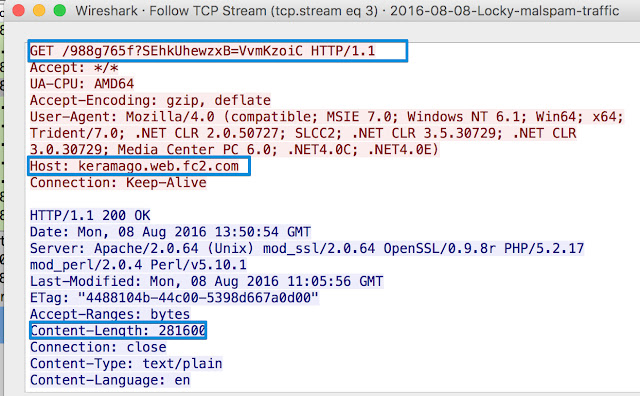 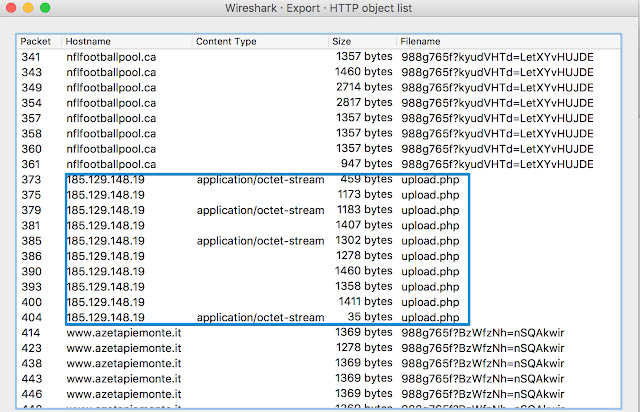